HISTORY OF THE BELT

Despite being rather small in size and unobtrusive at times, a belt can definitely make or break an outfit. It is one of those accessories that shows whether or not you really care about a complete look or just about what meets the eye. Even though almost everybody has several belts in their wardrobe, only very few people actually know how this fashion staple came into being. As with many things of our everyday life, which we take for granted, the belt has a rich history and has played an important role in numerous civilisations.

Beginnings
The earliest documentation of male belts goes all the way back to the Bronze Age. It is somewhat of an ambiguous time period, as it describes an era of technological advancement of urban civilisation like proto-writing and - you guessed it - the usage of bronze. Since technological progress is not geographically congruent, these innovations were used in different regions at different times. The Bronze Age follows the Neolithic Age and started in the Middle East at around 3300 BC and then slowly progressed through Europe until 1200 BC.

In the beginning, belts were primarily utilitarian as a means of carrying tools or weapons. Military girdle bands worn around the waist and designed to keep weapons in place are considered the first belts in history. Leather belts were also very popular in Greek and Roman military due to their flexibility and durability which granted freedom of movement and some protection.

Other Meanings
The belt, however, has not only played an important role in military and, later, in fashion but also in dream interpretation in some cultures. Belts were even honoured so highly in the Mongolian culture that their exchange was used to seal alliance. Similarly, the Franks believed a man seized power over his enemy once capturing his belt. The importance of the belt is still visible today in boxing where champions are crowned with a belt and in other fighting sports where the colour of a belt symbolises a person’s skill rank.

19th Century
During the 19th century the belt was still primarily a decorative as well as utilitarian part of military uniforms, particularly among officers. Back in the day, officers commonly wore very tight, wide belts around their waist on the outside of the uniform both to hold a saber and for aesthetic reasons, as it gave the wearer a trimmer physique, similar to today’s idolised V-shape. During the Crimean Wars this effect was further exaggerated with a small corset worn underneath the uniform. It is quite amusing that the today’s popular waste belt for women was originally invented by male soldiers; for some reason it was deemed necessary and imposing for officers.

Even though men in Europe had started wearing pants in the 16th century, it took until the middle part of the 19th century for trouser waists to fall to a lower line and belt loops to be created. The belt finally transcended its application as a military tool turning it into an essential accessory. 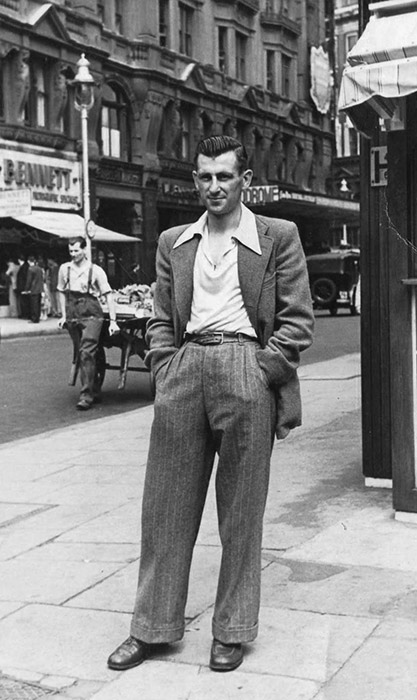 Style of the 50s. Picture by Tiffany Terry

Belts for women throughout history
Women started wearing belts much later than men but they did so for the same utilitarian reasons. Women in the Middle Ages carried their purses and fans on their belt; In a way the belt was the predecessor of the modern bag as we know it. However, with the invention of the handbag and the popularity of blouse and long skirt, belts were free to lose its utilitarian character and become more of a style statement. Waist belts remain popular to this day but ladies have also been using belts for trousers since the 1930s.

Today
Over centuries, the evolution of this essential accessory has been impressive and certain kinds of belts can instantly signify a time and place in fashion history for certain professions. The variety of belts has exploded during the last years: from classic belts to braided belts, from sports belts to dress belts, from belts made out of faux leather to exotic leathers, from elastics to wool, you can find virtually any kind of belt in numerous colours. Even tough functional belts like for the modern handyman with his tools in the belt still exist, the belt is no longer a utilitarian accessory but an ornamental one which plays an important role in ever-changing fashion trends.

For women, the belt has transformed into an essential fashion piece with the potential to be beautiful and sophisticated. Long gone are the days, when belts were limited to just holding a piece of garment in place: nowadays, it can harmonise an entire outfit when combined with other accessories such as handbags and shoes, add class or colour to a casual outfit, flatter fuller figures or draw attention to a small waist. The latest example of a woman fully integrating belts into her style is Michele Obama who wore various widths of belts over dresses, cardigans and even coats. 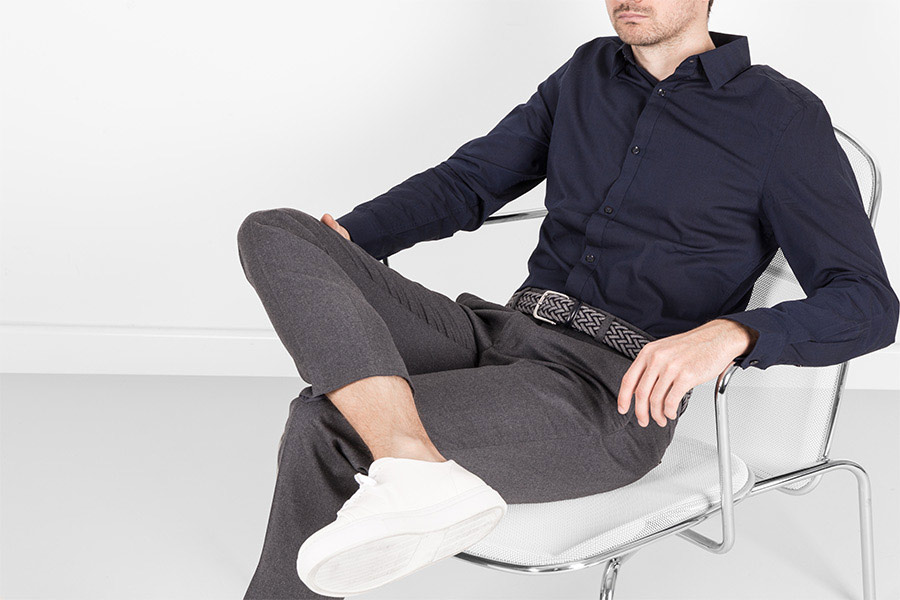 Our braided wool belt Federico. Check out the belt here.

For men the belt has become the most common accessory. Not wearing one almost gives the impression that you were too rushed and frazzled in the morning to check your outfit in the mirror. Only in rare instances does an outfit without a belt look complete. It has become somewhat of an unspoken law to match the colour of the belt with the colour of the shoes; That is especially true for suit shoes. Men don’t have nearly as many accessories as their female counterpart; All the more important are they few, they do have.

Thinking about stepping up your belt-game? Check out our belt collection for men and women.