When talking about iconic furniture there is no getting around the acclaimed Eames Lounge Chair and Ottoman. It is arguably one of the most lusted for pieces of furniture of the Twentieth Century and continues to be synonymous for timeless design and subtle luxury.

The Background
The Eames Lounge Chair was a brainchild of the legendary Offices of Charles and Ray Eames and was designed for the Herman Miller Furniture Company in 1956. The Chair made its first public appearance on Arlene Francis’ Home show, which went on to become the Today Show. Stardom ensued and the Chair became an instant American classic.

As with many great inventions and design ideas, the inspiration came from an unexpected source. One day, the couple, Charles and Ray, were on the set of one of Billy Wilder`s films who was a good friend of theirs. During takes, the filmmaker tried to get some rest from the exhausting hustle and bustle on set by taking naps on improvised lounge chairs made of whatever he could find on the set. This observation gave the designer duo the idea for a lounge chair which embraces the ideals of comfort and simplicity to offer a retreat of the harried everyday life. Ever since its introduction, the Chair has been in permanent production by Herman Miller in America and is an integral part of their collection. Later, Vitra acquired the rights to produce the Lounger for the European and Middle Eastern Market. There are many copies of the Eames Chair but only Herman Miller and Vitra have the right to produce these Chairs with the Eames name attached to it.

Design & Materials
Citing the English gentlemen’s club chair as inspiration, Charles said he sought to design a modern version of a chair that had “the warm receptive look of a well-used first baseman's mitt.” So, it was his intention to create a piece of furniture which would offer “a special refuge from the strains of modern living” through comfort and elegance. The Eames Lounge Chair is an icon of modern design today, but ironically when it was first made, Ray Eames remarked in a letter to her husband that the chair looked "comfortable and un-designy".

However, the Chair did not only turn into one of the greatest pieces of furniture ever made due to its beautiful design but also because of the innovative production process. The shell of the Lounger is made of molded plywood which Charles and Ray experimented with for the Eames Chair, a predecessor of the Lounge Chair. The usage of molded plywood for furniture was groundbreaking and had never been seen before. By super-heating the wood it could be bent into perfect smooth curves creating a subtle, yet bold new look.The Chair is composed of three curved plywood shells: the headrest, the backrest and the seat. During early production, from 1956 to the early 1990a, the shells consisted of five thin layers of plywood covered by veneer of Brazilian rosewood. Since the 1990s, the use of Brazilian rosewood was discontinued and replaced by seven layers of plywood covered by veneers of walnut, Palisander rosewood, and cherry. The Chair has a die cast aluminum frame, a five arm base, a functional swivel action, and comes in several different colours and leather seat covers. To top it all off, each piece carries Charles and Ray Eames signature as a mark of authenticity.

Hollywood & Museums
Thanks to its design beauty, it is no surprise that the Eames Lounge Chair has made many appearances across various Hollywood movies and TV shows. Whenever a director wants to portray the house, office, or apartment of an especially spiffy character, chances are an Eames Lounger is not far away. To name just a few, the Chair was featured in Iron Man 2, Tron Legacy, Frasier, Gossip Girl, and Mad Men.

Of course, not only Hollywood wants a piece of the Icon but also Museums all over the world. Most notably, the Lounge Chair and matching Ottoman is in the permanent collection of the Museum of Modern Art in New York City, the Henry Ford Museum in Michigan, and the Museum of Fine Arts in Boston. 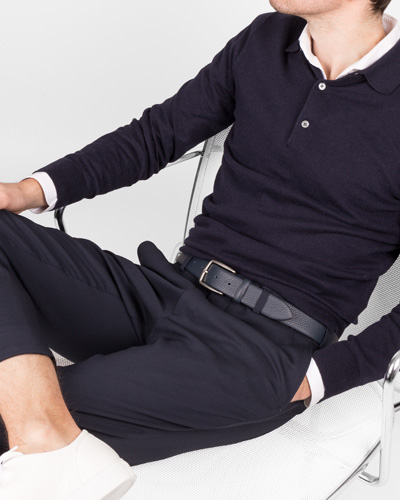 ... come to those who sign up to our newsletter. Join our inner circle for the latest news and exclusive deals.

Shop Now
Sign Up and get 10% off your first purchase

Feeling Lucky?
We choose one lucky winner for a 40€ voucher every month. All subscribers are eligible.